Some time in early December, I determined that my soldering iron needed thawing out and, while I was more or less burdened by stuff to do in anticipation of the holidays, I did not want to go full-tilt boogie on one of the innumerable single-board transceiver kits I had stockpiled for my retirement nor was there spare time to jump into one of my repair/salvage jobs similarly warehoused.

I had stumbled on the review that W2AEW, Alan Wolke, did on YouTube and it set the hook.


So, having a couple of double sawbucks kicking around loose in the purse, I kicked in for one and after a couple of weeks of waiting, the kit arrived. (The mild delay was understandably explained by Doug Hendricks as a rush for him to get out kits, etc.) Anyway, Alan describes the idiosyncrasies and less direct points of constructing the kit so I will just add my two cents here.

Firstly, I have absolutely no need whatsoever for this kit as I am knee-deep in tuners -- automatic and manual -- and even some kits and projects waiting in the wings. But, if you believe in the "TMR" concept, then you should not be engaged in amateur radio as an avocation. I do not and therefore I am. Besides, I was smitten by the looks of the assembled kit -- so I was a goner.

I would like to echo Alan's sentiments regarding the manual; it, is complete, well-written, and festooned with helpful photographs and diagrams to assist in the construction. One can be especially appreciative of the step-by-step explanation of winding the main coil as well as the surgery on the polyvaricon caps to allow them to fit into the PCB.

It is easy to dismiss this as just another collection of those type of plastic caps, a large tapped toroid coil and the usual SWR indicator accoutrements. But, it is apparent that there was a lot of thought put into this with respect to the PCB layout, building the "case" with the gussets and face plate, and the overall look and feel of the finished product.

The only thing I "added" was on of those Home Depot flooring sample chips as a a wooden base to add stability and heft. Seems to have turned out fine.

And, as far as not needing a new tuner, I think this little beast is a nice addition to some of the small QRP kits I am about to build. Don't you?

Herewith are a flock of pics to give you a better idea. 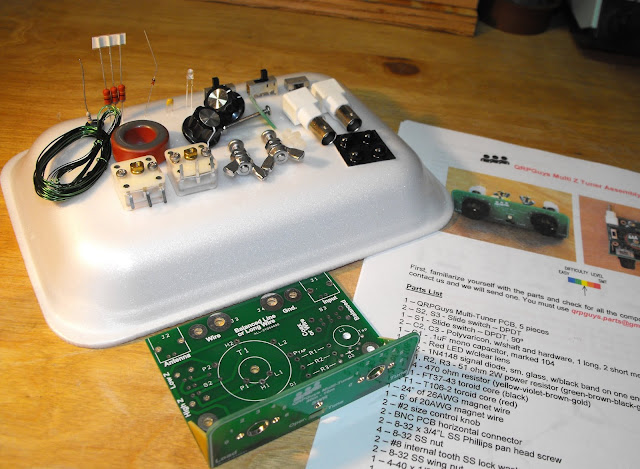 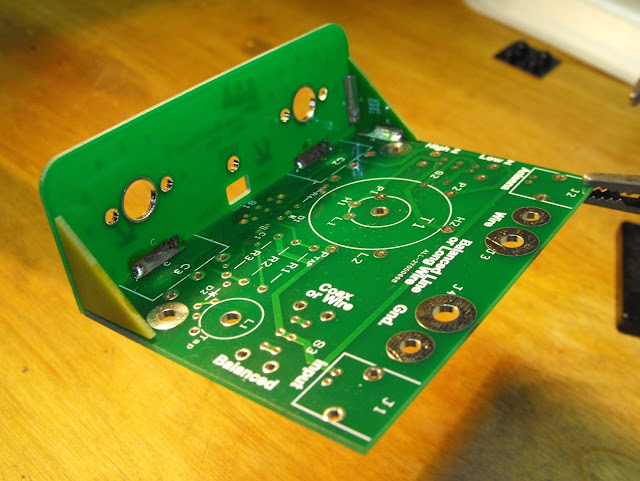 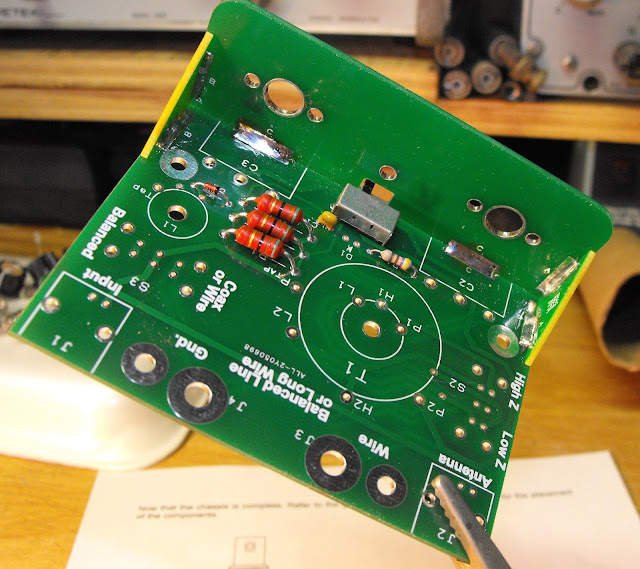 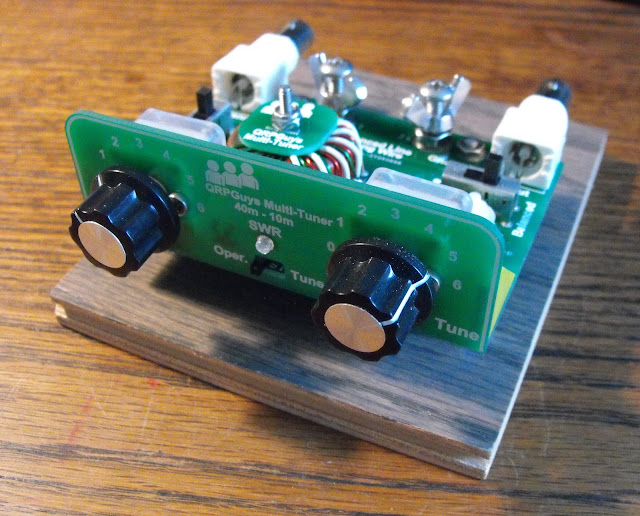 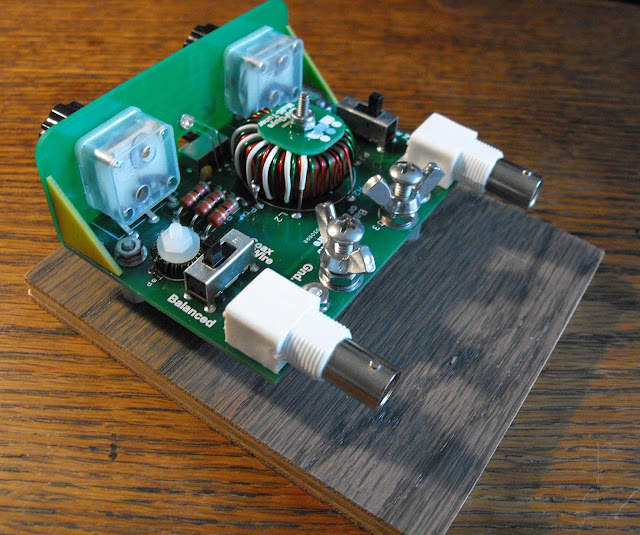 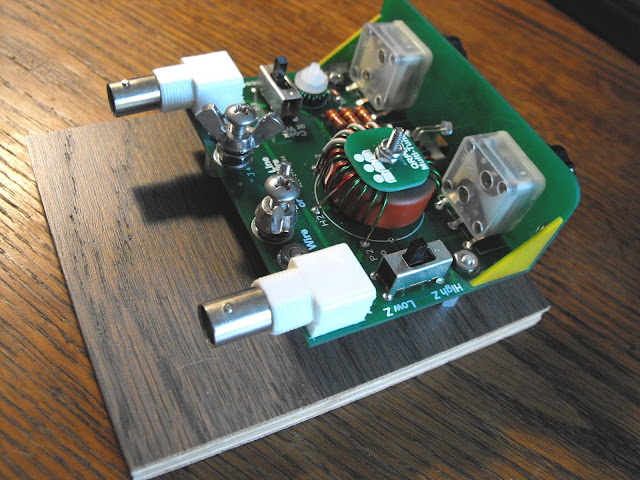 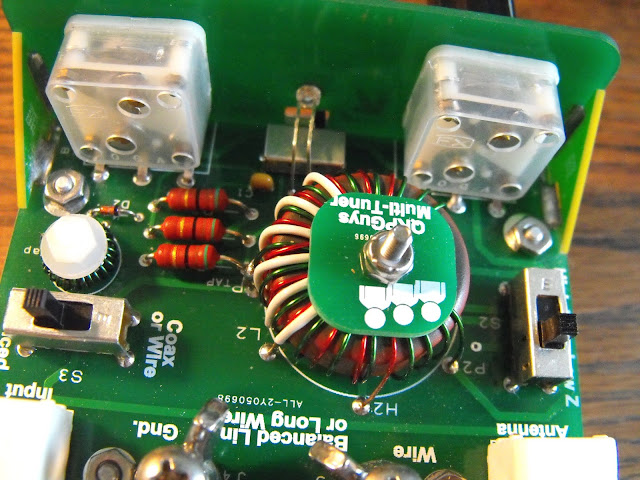 Firstly, a Merry Christmas to all visiting here! Sorry to be so irreverent -- especially on a Christmas morn, but I wanted to post some pictures and an explanation and woke up a little grumpy. Perhaps this is how my day will play out:


..anyway, to get to the point. Chirp is a freebie software project that is wonderfully simple and direct in its implementation but I was having some difficulties getting it to work with my Yaesu FT60R. Succinctly, the Chirp software was able to read the code plug from my FT60. The symptoms I was reporting were that the "the upload to radio" dialog came up with the Vendor and Model edit boxes coming up disabled and for some reason, the "OK" button was disabled as well. In fiddling with the software this morning, it allowed me to click OK which sent me to the upload instruction dialog. Following instructions, I dutifully clicked through it and pressed got the radio into "CLONE" mode and pressed the "MON" button whereupon the software reported a communication error. This was done several times without success.

Below are a sequence of pictures that describe what I am talking about. I will leave it at this: it's a wonderful piece of freeware but I am not presently disposed to track down and resolve why it will not write to my FT60R. I do not plan on rolling back any drivers, install any operating system patches or get any new cables. The main reason is that I already have Bob Freeth's marvelous programs for each of the Yaesu radio types I own (an FT60R, 2 VX-150s, an FT7900, an FT2900, and an FT-817) and they work flawlessly.

Were I not so bountifully appointed, I would pursue a resolution more diligently. 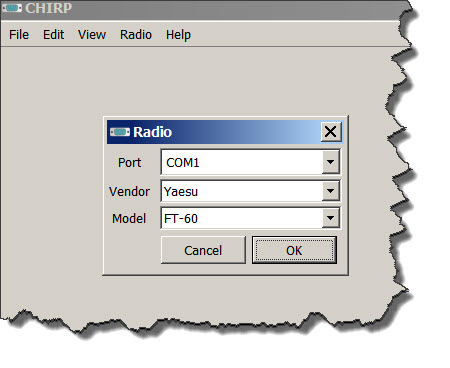 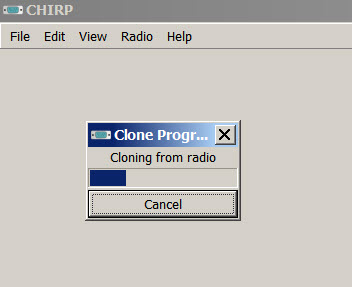 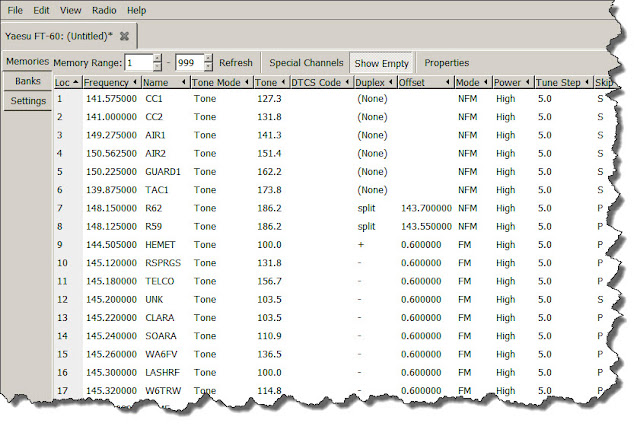 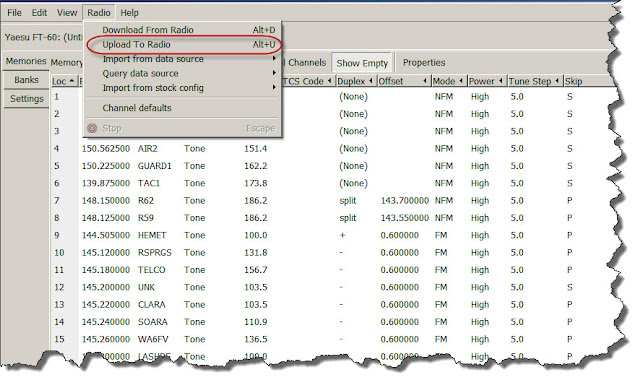 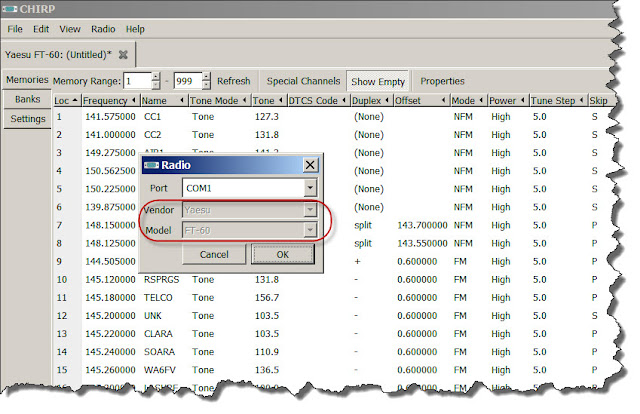 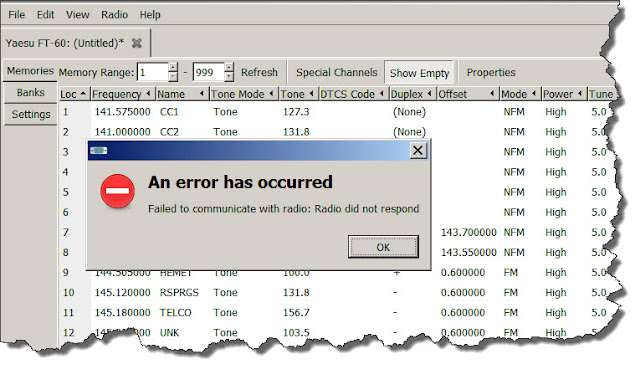