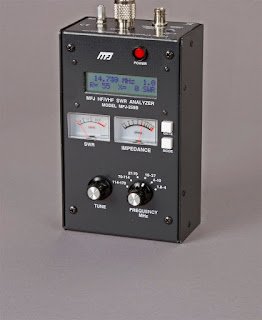 My venerable and longtime buddy -- the MFJ 259 antenna analyzer -- took a dump the other day. Actually, I helped it over the brink by reverse polarizing it. (Yes, I am a real sweetheart when it comes to those things.)

Here's the deal: there's an SMD 1N4007 in line with the power switch just lurking out there for jerks like me and it pounced. No, I do not know why I flipped the battery connections and, yes, I do know why I didn't load the '259 with batteries. (Hint: if I did, you'd be reading about how my '259 crapped out because of battery leakage.) In attempting to fix it --removing the diode and soldering a conventional one in its place, I must have goosed some of the traces under the adjacent power switch. In any case, after the surgery was complete, I was not able to revive the patient.

Anyway, before I proceed, I want to say that this instrument has special meaning to me because it was a birthday gift from my dear friend, K6BNC, who has left these golden shores for the wilds of Ohio. The '259 has become a gift again, as it were, to N6VCW who is a much better SMD surgeon than I will ever be.

But I wander off topic.

After plying eBay and the internet and realizing that these beasts require serious coinage to replace -- as much as $300 shipped from Mississippi -- I decided that (1) I was more poverty stricken than I originally surmised and (2) I had a GDO that was willed to me by my late father, N6ABV, back in 1992. It was/is a good one, by the way; an immaculate Millen 900652 replete with coils and docs. 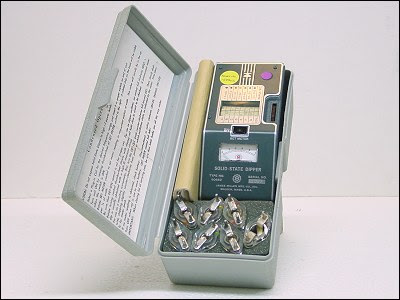 I fondly recalled the Sundays when he would come over and we would spend doing essentially the same thing the MFJ 259 does with his (now my) Millen and a Palomar RX Noise Bridge and his trusty HP calculator. (Never could get the hang of RPN, though.)

So I have opted to eschew the convenience of the MFJ and embark on a path of learning to really use the GDO and a noise bridge to unravel the mysteries of antennas, half-wave lengths of coax, velocity factors, and so on.

With the Millen in my quiver, I sought out another dear friend, the World Champion Resuscitator of O-Scopes, WB6JDH, who has an inventory of used ham equipment that would put AES to shame. Seems he could let me have a Palomar RX Noise Bridge for a modest honorarium.

At this writing, I have been dipping and bridging up a storm and, true to my motto "why own one of something when two or more is much more fun", I was able to score a Heathkit HD-1250 off of Dick very reasonably. 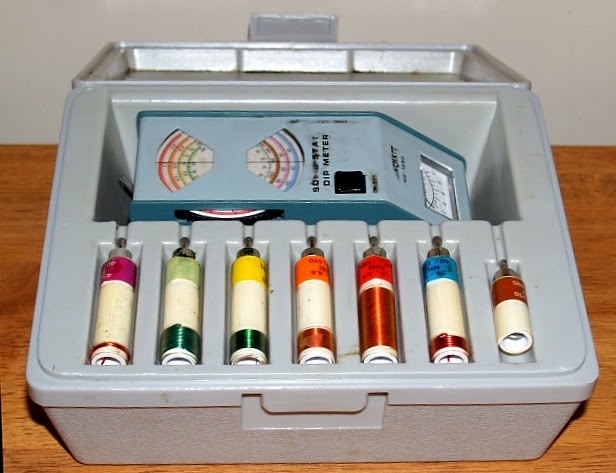 Again, not content with what I have and constantly on the prowl, I came across VK3AQZ's RX bridge kits -- and tumbled for the RX2. 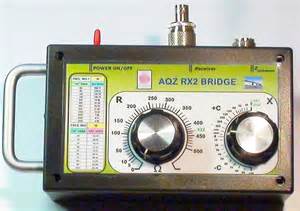 In the process, I struck up a friendship with a ham who is one of the most affable and interesting fellows you'd care to meet in this hobby -- Lou Destefano, VK3AQZ.

But I am getting way ahead of myself and this is enough of a set-up. Over the course of the next few entries, I propose to share my experiences with the above-mentioned equipment in my quest to replace the '259. The focus on these will be my construction and appraisal of the RX2. I have just unbundled the kit and am incredibly impressed to say the least..