The wonderful thing about amateur radio.. 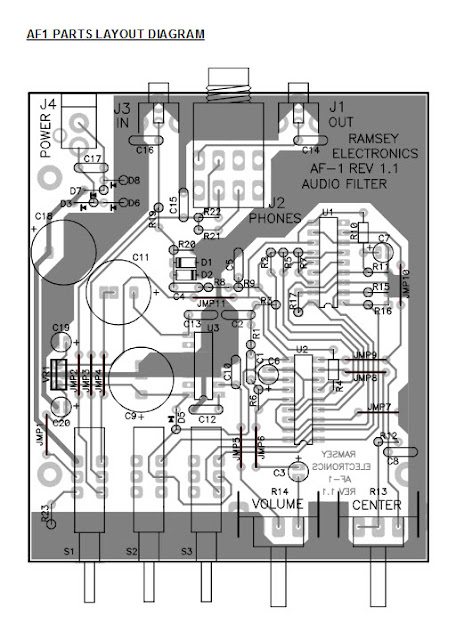 I spent the last post gassing about what was wrong with my order from the Idiom Press people. Turns out, I was a decade late and $95 short. Seems this is part of the Idiom Press culture; those folks have been doing that since at least 2004 so far as I can determine. There are a number of threads abroad on the internet -- some dating from as long ago as 2004 -- complaining about their lackadaisical, cavalier business mien.

Most threads start with the interrogatory, "Is Idiom Press still in business; I just placed an order and.." followed by several respondents relating similar anecdotes and subsequent replies strangely savaging the original messages for not having enough patience or relating how the son has taken over the business and "needs time to catch up".

Give them a break? Give me a break!

A very representative thread of this discourse can be found on, strangely enough, an Elecraft e-mail forum -- it includes a verbose lecture from W7AQK that just screams of "no, I have not done business with Idiom Press":


What a lot of folks don't realize is that a great many of the amateur radio suppliers, and especially the QRP type suppliers, are "one man operations"! As such, they don't have a particularly organized and sophisticated ordering and shipping process. Accordingly, if you are in a particular hurry, or need something quickly from one of these very small companies, you should talk to them personally and make sure you are going to receive your order in the timeframe you are expecting. There are a thousand reasons why it might take longer than you expect to fill your order. Most of these little companies are operating out of their garages, or similarly small space, and parts coming in versus things going out can be an issue. I'm not making excuses for bad service, but so many of these operations are reliant on their receiving the necessary parts, which they really can't control. They can't afford to maintain large inventories of parts, so a sudden rush of orders probably means a lag time that would normally be considered unacceptable.
...
Bottom line, if you are in a big hurry, call them and talk to them personally to find out what delay might be in the offing! I know, some of  these operations promise more than they can handle, but most of them, I think, try to be reasonably forthright in their advertising. In any event, If time is of the essence, I'd be verifying things with them personally.

You go in business, advertise a product and you either deliver or you respond to e-mail inquiries as to timeliness of the order-filling process or an explanation re parts shortages, etc. I would just salivate to see W7AQK order something from those folks and then try to phone them up for a status. That's the point, dummy! They do not respond.

Well, I was able to get a SCAF-1 from my very good friend, Dick, WB6JDH, last weekend. I took it home and hooked it up and heard..

Turns out somewhere in the handling of the unit, the two 5.1V zeners that comprise the -5VDC supply took a dirt nap. And for the sake of honesty, it probably wasn't Dick who did the dirty but rather yours truly, Mr Heavy Hands. So I still have a ways to go to test this unit and give a competent review. Although I will say this: it's a low-pass filter and I am prepared to not be as impressed with it's performance as I was. (But, I am prepared to be surprised.)

Enough sucking lemons. I want to hand a out a mighty kudos to folks like Dick and to those hams you seem to bump into all over. Another soldier in the Idiom Press Wars is Joe, K3JLS, who has come to be a very fine acquaintance. Seems he scored a manual for the SCAF-1 and is generously sending me a copy in the mail. I will be scheming and plotting how I can get even with such a fine gentleman. But, to me, guys like Joe and Lou (the progenitor of the two noise bridges I wrote so much about earlier) and Dick are what make this hobby worthwhile.

Also, here's a little tidbit to look for if you are traipsing around a swap meet or see it pop up on eBay: The Ramsey AF-1 CW filter kit. It is out of production, I believe, but is a rare exception to the old saw about Ramsey kits being trash. If you can score one, then my advice is to pounce! The manual for the kit is here.

More on this and gentlemen like Joe and Dick and how really great ham radio is.

I would love to review the Idiom Press SCAF-1 but..

..I placed an order a little over two weeks ago and have not received it nor have I heard a peep out of this guy. Moreover, three e-mails and a phone call have gone unreturned. All I am looking for, fer crissakes, is some acknowledgement that the tool has received my money and will be shipping the kit -- whenever.

I mean, Midway, U.S.A. back ordered my turret-press reloader but at least have the courtesy to inform me of the status, etc.

The Idiom Press K-3 keyer is the best around but I don't remember there being any such delay with that. Oh yeah, that's because I bought it off-the-shelf at Ham Radio Outlet in Orange County, California.

You'd do well to heed this and read the eHam Net reviews on this product, particularly ones like this:

UPDATE: Still nothing on this front. However, I put up a "me too" review on eHam.net echoing that K3JLS's experiences were my own. Basically one month after K3JLS came up dry, I was too.

I went over to eHam.net today (04-17-2013) and found that both our reviews had been scrubbed. Another review was leading the list by some guy who bought the kit several years ago and experienced a delay in receiving his order but got an e-mail from Idiom Press saying that he was getting the built product for the kit price.

With respect to eHam.net pulling K3JLS's and my reviews and, at the risk of sounding like I do not have a life, I cry BULLSHIT! Firstly, the eHam review editor may be on firm ground in redacting our reviews because, technically, neither of us had the product delivered and -- by some tortured logic -- relating our experiences to POTENTIAL CUSTOMERS of Idiom Press might be misleading.

But, were I a potential customer (who else reads reviews?), I would want to know if there was problems with the supply and availability of a product. Since -- at latest inspection -- there are no caveats on the Idiom Press site about delays or "we're running behind" then the guy is setting up customers for a big disappointment and certainly not creating any good will.

All this said, I want to be clear on one point: I am not one of those piss-and-moan types who gets mad and demands legal recourse because a kit maker has my precious $80-100. Some time ago, Steve, K1EL, was producing a follow-on edition to his K-40 CW keyboard device -- the K-42 -- and my order was not filled for a longish time. I e-mailed Steve and he said he was running behind because he had been in a terrible car crash and was recovering but I could have my money back if I wanted.

I would hear nothing of the sort! I told him not to sweat the small stuff, get better, and when the K-42 was ready to ship, it was ready to ship. PERIOD. I even offered to help him test/debug some of the firmware and/or a prototype device. Point here was that the man was honest and responsive and was in a real bind. Having the unit on the market was far more important to me that having my grubby loot returned. It is even the case with Idiom Press. I am looking forward -- someday -- to receiving and building the kit.

And, as for Idiom Press, I have spoken with the gentleman before several years ago when I was contemplating the purchase of a new version of his K-3 keyer. He was pleasant and accommodating and, I believe, he is still so.

It's just that we -- K3JLS and I -- would appreciate hearing something -- anything -- about our orders.

As for eHam.net, well, I am buying a built SCAF-1 from my good bud, Dick, WB6JDH. (He has two of everything.) After I get it, I will post a review of it on eHam.net and relate that the reason I bought a unit because I got bupkis out of Idiom Press.

Let's see if that review sticks.