There's a guy on You Tube who is possible THE SMARTEST, MOST INTERESTING ham/electronics whiz I know. O.K., there are several - like W2AEW, etc.,  but I am absolutely aghast at Paul Carlson's range of knowledge, the projects he undertakes, his incredibly useful repair videos, and the absolutely Gothic work shop he has made for himself.

And, of course, I mean that last point in the nicest, most envious way. His regard for old-timey electronics and the care that he puts into his repair videos teaches one both respect for the heritage as well as traits and skills not apparent in the usual slap-dash, stumble-tongued how-to productions. (That would include, of course, those crippled, one-minute silent movie specials your truly puts up.)

Anyway, that said and in order to give you an idea what I am talking about, here's Paul on a venerable Tek scope:


..and for good measure, here's a tour of his lab:


(I can just hear the struts and cables groaning under the weight of those lovely, old instruments.)

So, one day I wandered over to Paul's You Tube site to a transistor classification video he put up and made an off-hand comment suggesting he do a piece on curve tracers. As you might expect, he did so using a standalone tracer and that magnificent Tek treasure!

I was not mindful that his B&K curve tracer had a provision for comparing two devices -- essential when matching transistors -- but called attention to the gimmick I built to do same. Of course, mine is rather limited to TO-92 and similar packages; one of those massive power supply pass transistors or an RF power amp device would need shoe-horning in. What hell, waddya want for a Sunday afternoon at the bench and idle hands!

It was designed for my Tek 7704A 7CT1N curve trace plugin and it's pretty straight forward as the pictures below will show: 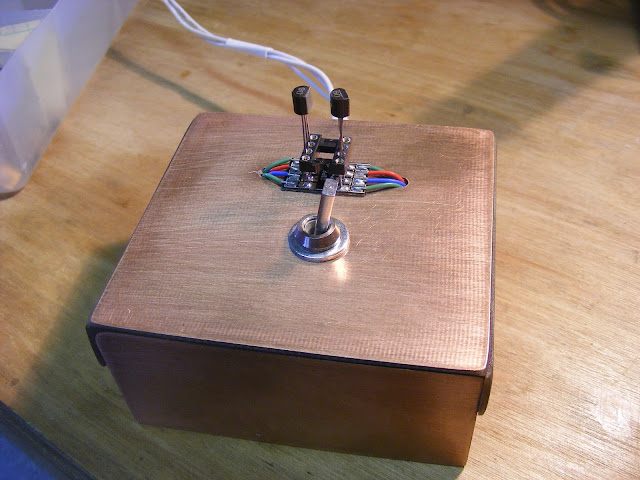 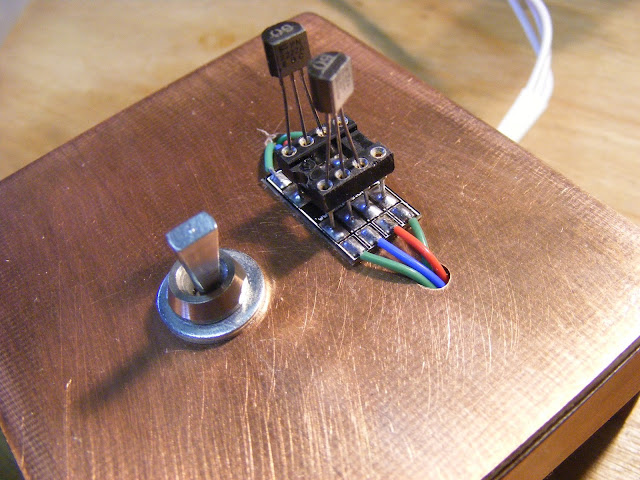 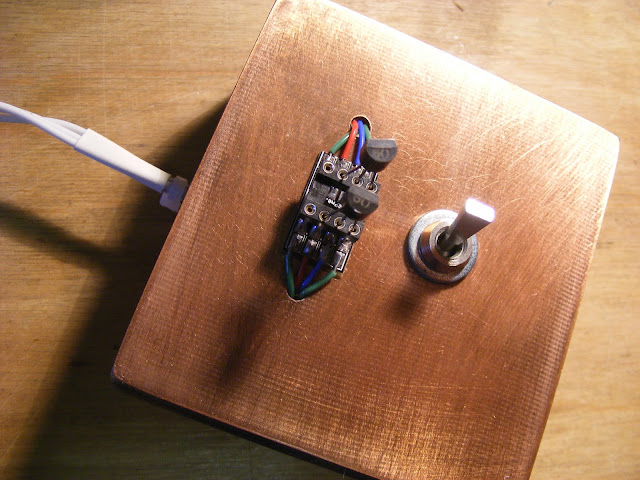 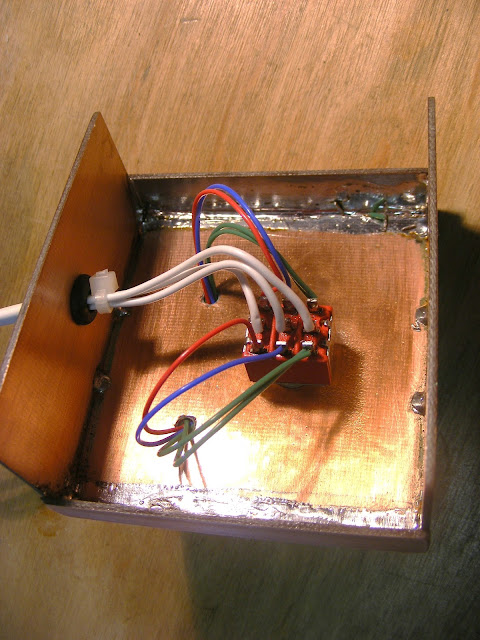 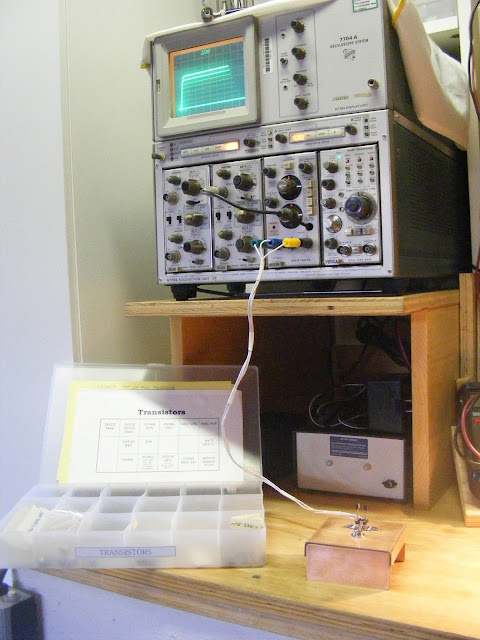 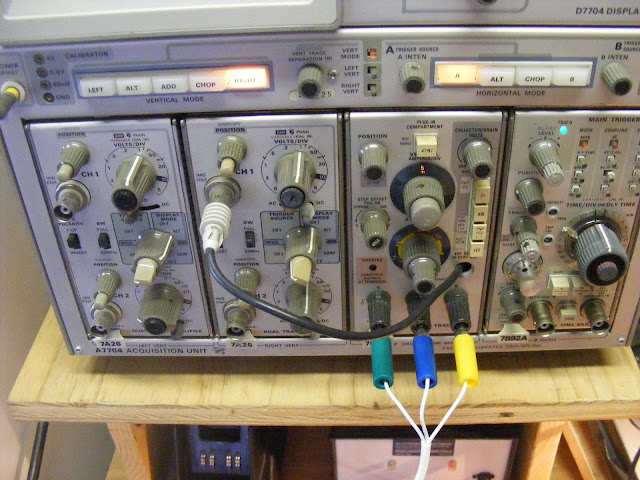 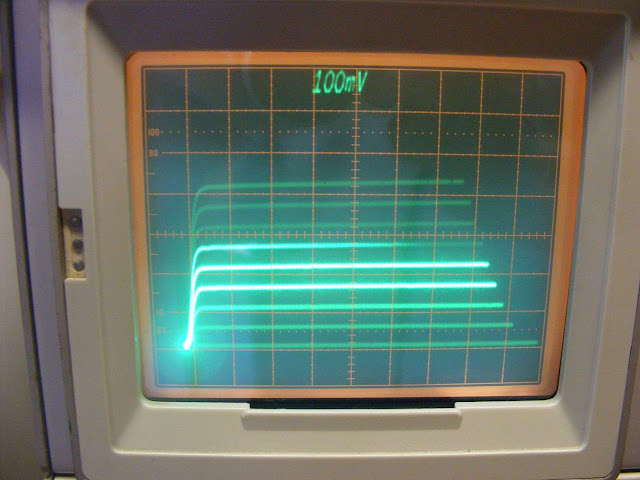 It should be explained that the machined 8-pin DIP socket is mounted on a little board by the QRP-ME folks. (They make an extensive assortment of these useful little gadgets for Manhattan construction. Click here to see their basic squares and then walk back to see their other products.) Aside from that, Hoovering up the 2x3 pole switch might be an issue but easily had off eBay or a local electronics supply house.

If you view Paul's transistor designation tutorial (recommended), then you might think that the EBC versus ECB might be a problem.

Not so, anchovy breath!

Here I ripped off the socketing from those cheap DMMs where they have four holes marked EBCE. You will note that it's only a matter of slipping a 2S TO-92 package down one notch to get the correct connections. Also note that I color-coded the connector wires and the E wires are green. Note that both go to the last pole on the switch.

(I guess that's colour-coded for those in the Great White North. Paul is Canadian and I want him to feel at home.)

I'd post A/B pics of the curves but that'd get redundant.

Oh, and one final comment: Paul is the spitting image of my middle son, Erich. And that's a compliment as both are handsome and both smart as a tack.

Keys to the Kingdom

The other day I had the distinct pleasure of attending the Orange County Amateur Radio Club auction and it was no ends of fun. Aside from benefiting the club with some shelf detritus ("One man's trash is another man's treasure"), I was able to repopulate the empty space with some stuff that i could not possibly exist without.

Chief among them -- and truly a treasure -- was this J-38 Morse code key. It is identical to the one I used back in the days of yore when I was pounding brass under the call sign WV6KJK. It cleaned up real nice and is like new. Enjoy: 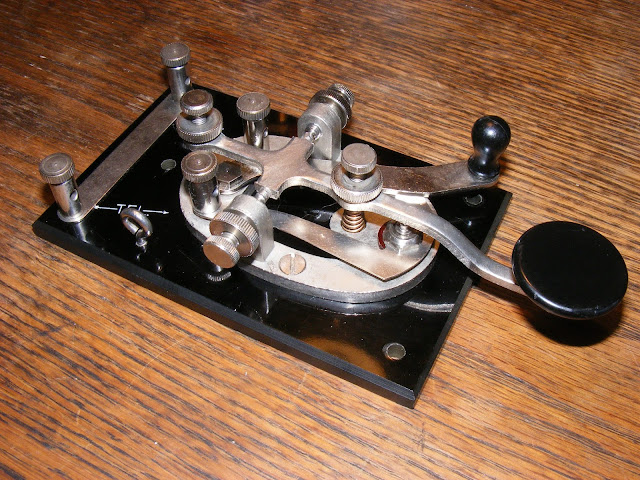 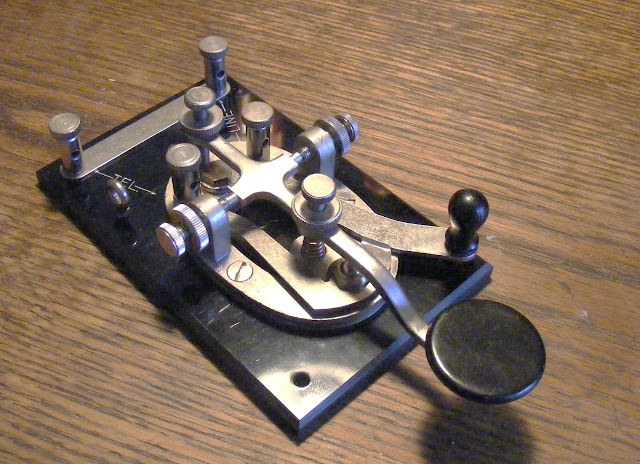 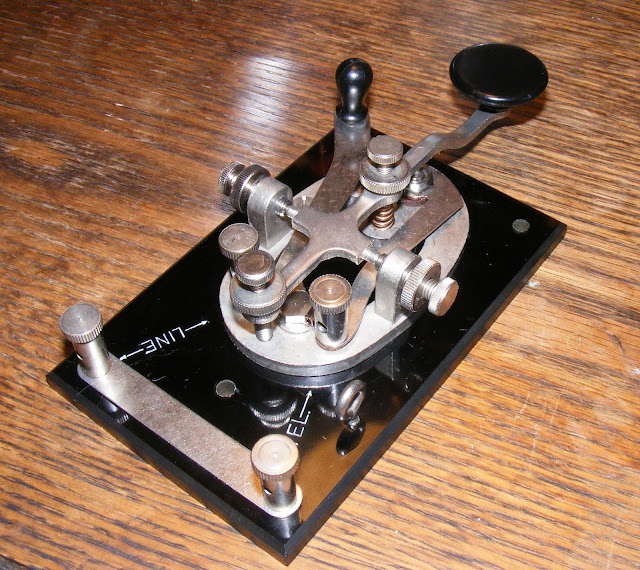 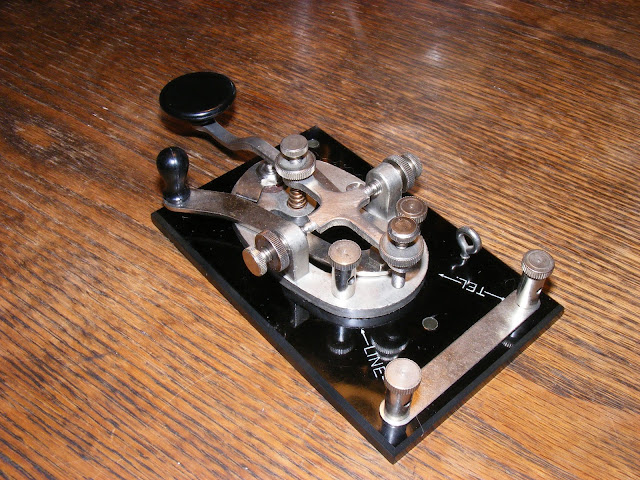 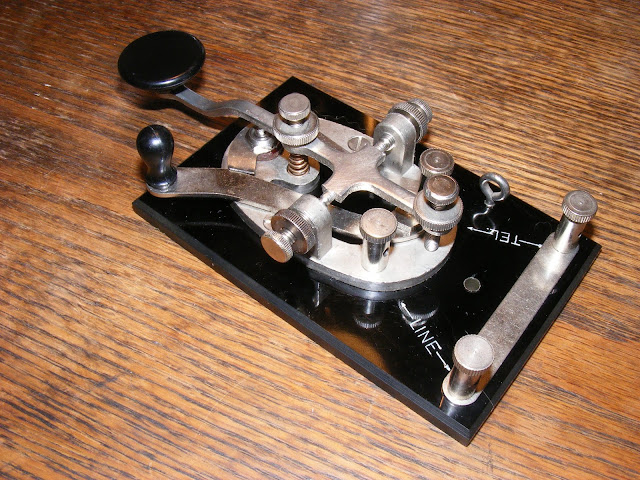 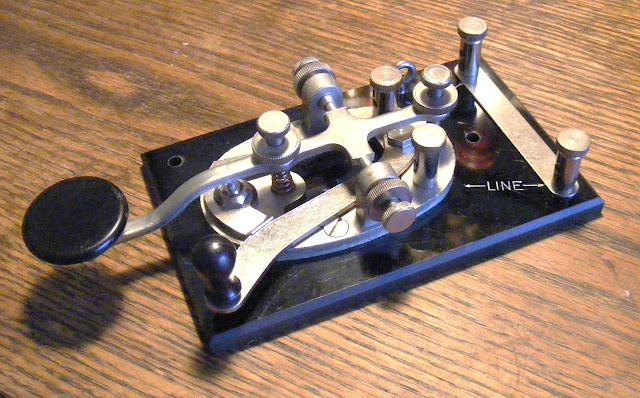 I have a couple of "kits" I have compiled that are the old Novice crystal controlled transmitter and regen receiver and I have it in mind to build up an authentic 60s Novice station as a kick. Hell, maybe even use it to work SKN a year or so from now.