I am going to take a break (actually several breaks) from the UW work to rant -- about good things and bad. First the good things:

Slake your thirst
My good friend and fellow CAP squadron member, Dave Martin, and I had a mini-adventure at the long-legendary TRW swap meet up in the South Bay of SoCal last weekend. Dave is a brilliant guy fro whom I have a deep admiration for. He is an MIT graduate (as was my dad) who is in a continual contest with his own intellectual curiosity and the result is an upwelling of knowledge for all within proximity or earshot.

O.K., stick with me now, because this is hyper-tangential Tinkers-to-evers-to-Chance Rube Goldberg. Dave and I stopped by an electronics store after our meanderings (and a truly fine Mexican meal) whereupon he saw a Raspberry Pi offered for around $40. When he fully satisfied my thirst for knowledge on what the devil this was, he simultaneously awakened in me memories of an old KayPro 2X I have lovingly stored away and a desire to delve more into the nascent trend of "RetroComputing"

So then there's that..

Get your MITs on one of these
So, never content to stick to the subject, I stumbled upon a You Tube video by Jeff Tranter discussing the Briel Altair 8800 kit he recently purchased. Now Jeff is also an amazing guy. He publishes a fantastic series of videos of largely vintage Heath equipment but has done a series of the Altair Briel sells. Here is the last in the series where he brings up CP/M on his newly-assembled kit:


I commend the entire four videos to you -- and subscribing to Jeff's works on You Tube for a thoroughly fascinating tour through the Heathkit past as well.

Anyway, to unwind the loops, I need to revive my KayPro so I can see if my talent at C programming -- that I learned somewhat after my "Darth Vader's Lunch Box" started gathering dust. "And why revive," you ask? Well, it saves me about $350 over getting the Briel kits for one. It's an act of love and regard for a wonderful piece of machinery that essentially helped me break away form the world of Big Blue IBM and mainframes and get into the rebellious of C code-slingers who wrote stuff more for love rather than money.

Could I do it on that platform? Could I go back and conquer or master? Well, with inspiration from Dave and Mr Tranter, I sure got the energy to try it again. 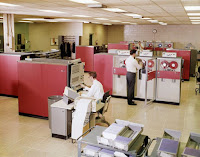 These reminiscences stir some enmity in me to tell the truth. First, my long-ago dislike of the IBM mainframe world and their coercion of we serfs into their way of life. Sure, it was a living but only that. It was soulless, unemotional, and uninspiring. When PCs came along in the late 70s and early 80s, it was the Wild West, the frontier. The machines resided in your home and not in some air-conditioned, raised-floor, isolated vault attended by the high priests in operations and systems programming. Your only access was by means of punched cards or a remote green-eyed 3270 running TSO. You had to beg to have drives mounted and tapes hung and jobs scheduled. 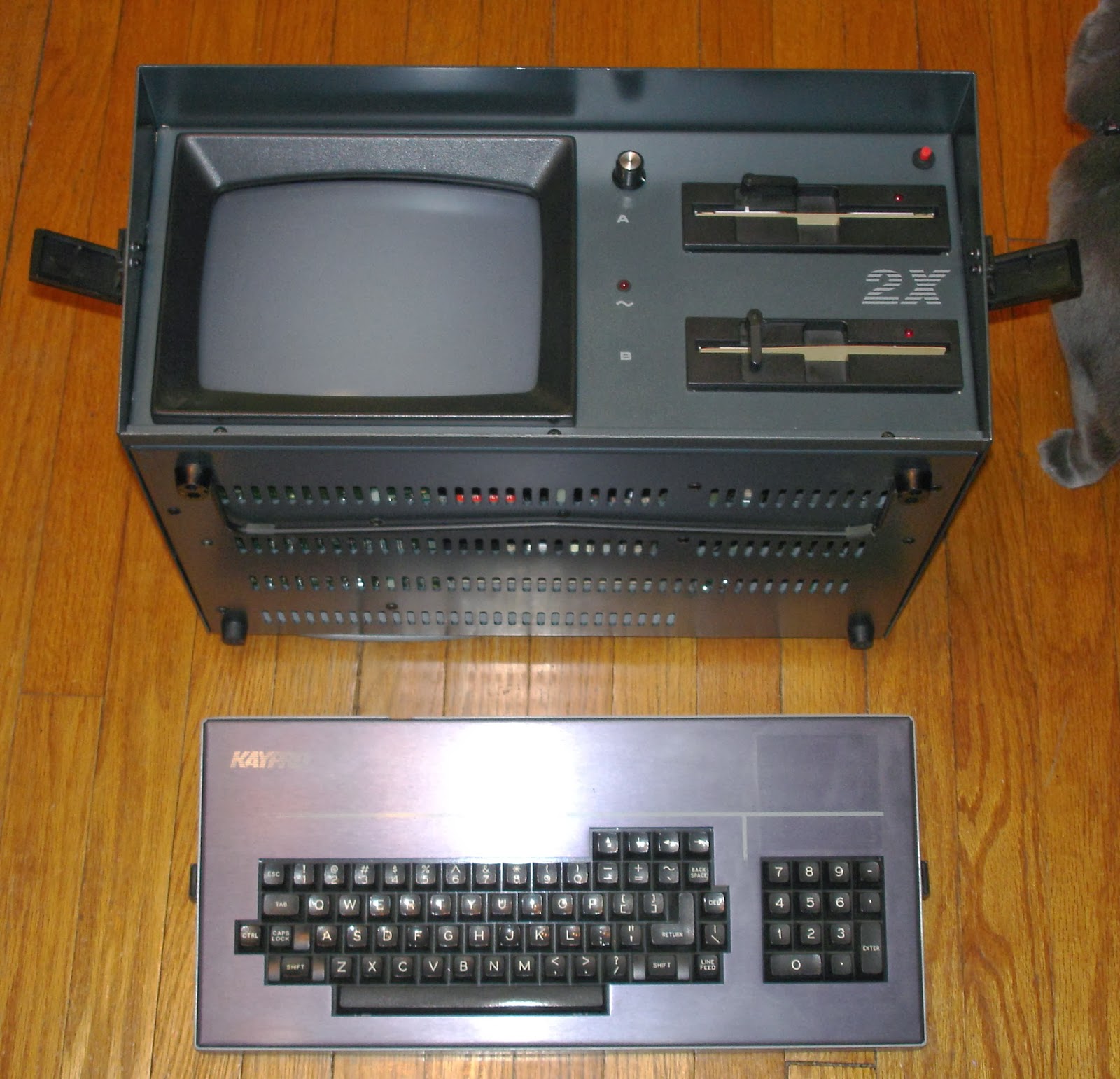 But when I got my first Vic 20 and then the KayPro, I was master of all I surveyed. I could write what the hell I wanted and run it when I wanted. As I mastered the KayPro (first a II and then the 2X), I grew to understand Unix and C and got myself work outside of the Big Blue realm. Sure, it was only 64K and two floppies (that really did flop) and about 400-600K of storage and an 80x25 character display with limited graphics -- but it was all mine! Do you hear? All mine!

Well, I could (and probably will) go on and on with the remembrances, but I will spare that for the series I contemplate documenting the revival. So, I guess that's a good thing after all.

Dawn of time as we know it..
The pioneers of this revolution were kind of like the guys who preceded George Washington, the first president elected after our Constitution was ordained. There were a number of them -- largely forgotten -- who saw us through the tumultuous years between the Revolution and the Constitution. They deserve some credit for the role they played in making this country what it is now -- or at least what it was before the incompetent boob who is running the show has is attempting to make it.

Similarly, there were giants who pioneered what we blithely take for granted now. When they stopped walking the land, it was subsumed by a few nutless Nancy Boys whom the popular media and the whole slew of fruity tutu-wearing Apple-using faggots deem as the forefathers of the industry.

Among my heroes -- most unsung -- are folks who carved this niche out of the granite unknown of technical mystery. They invented stuff like operating systems, they created hand-crafted products that operated on thin air alone, and they were so wrapped up, so obsessed with their creativity that the preening, boy-men walked in and plundered.

I will not re-fight the battles that have raged for several decades. Rather, I would say that they were the pioneers who were my true heroes and not the ones who came after the redskins were subdued.

For example, go all over the internet and you will see the battle raging about how the panty-wearing Harvard dropout stole the OS market from the guy who wrote the first run-everywhere micro OS. 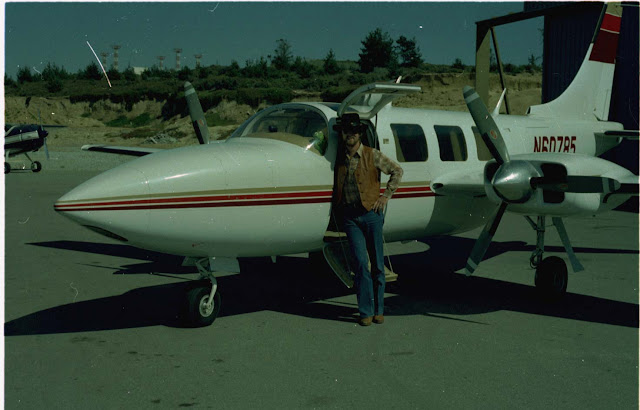 ..versus Billy the Kid Gates. 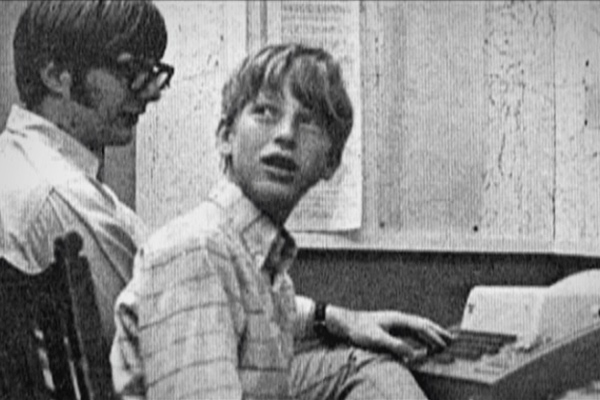 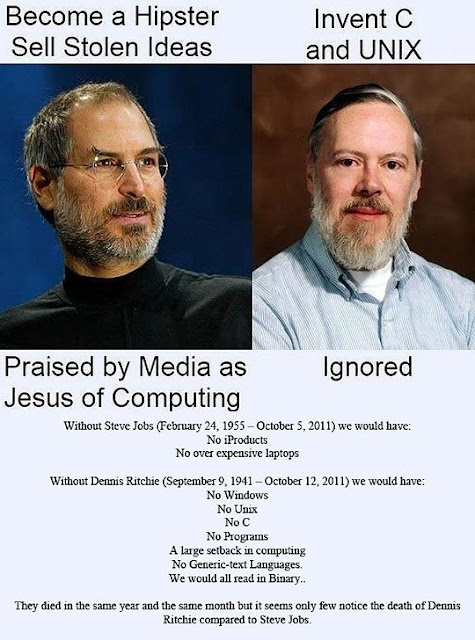 Makes you want to throw up, don't it. In fact, I am taking a break to go get a vomit bag. Be back in a sec.

It's FINALLY up on on the bench again and under scrutiny. As I surmised, my careless slapping of components into holes and soldering them together led to a non-working VFO board. Here is a blow-by-blow of what I know.

The difficulty in assembling this kit from collected parts and the FAR boards is that the original transmitter article was done in typical ARRL QST slap-dash fashion: no corresponding part numbers for the labelled components and no means to relate the silkscreen markings on FAR's boards to the original schematics.

But, no one promised you a rose garden, eh?

Firstly, here is the schematic I have been working from: 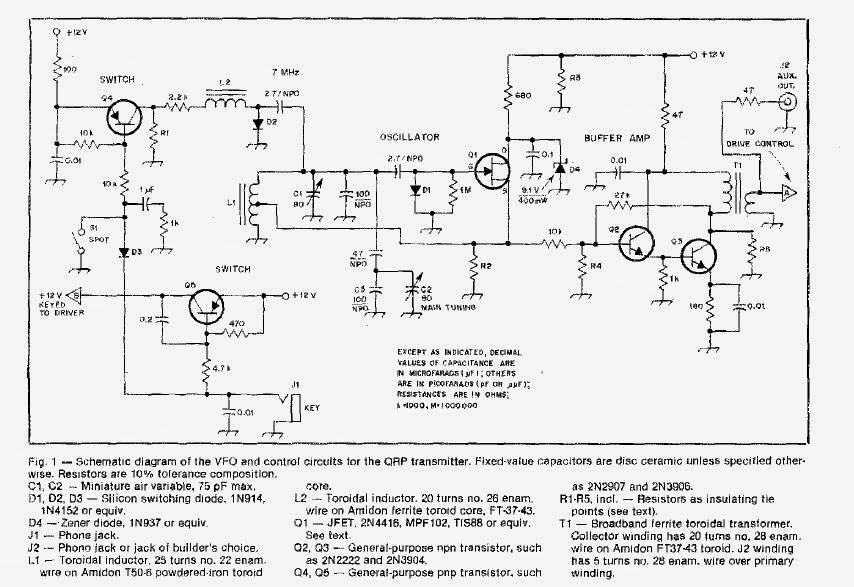 Here is the whole board on the test bed. The quality is not the greatest but it gives you the view from 20,000 feet. 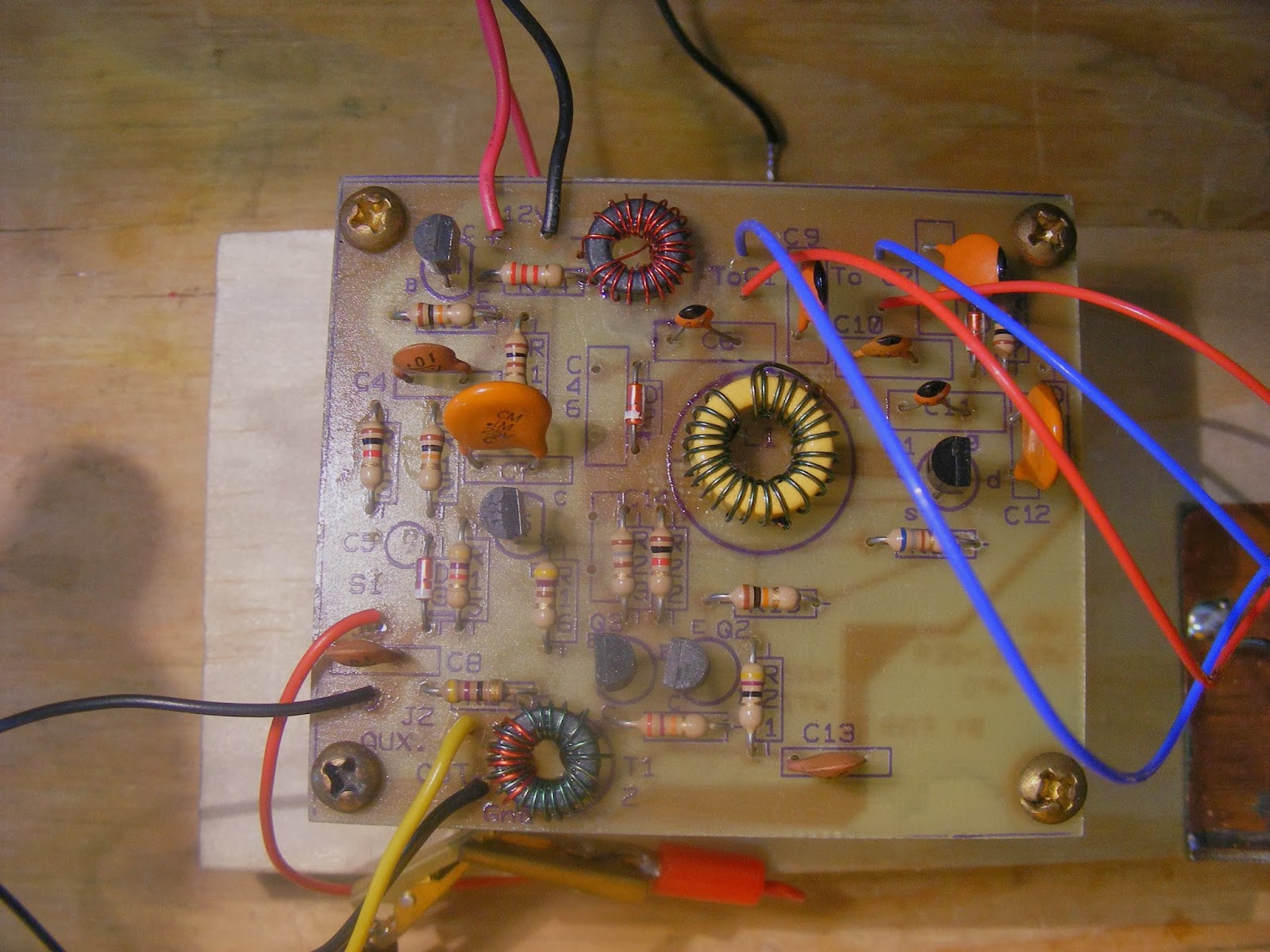 Here is the lower left hand corner of the FAR board where the keying and spot switches are located. I noted from the original transmitter article, it was keyed from the VFO so I chose to close the circuit there. Those are the yellow and black lines heading off board. 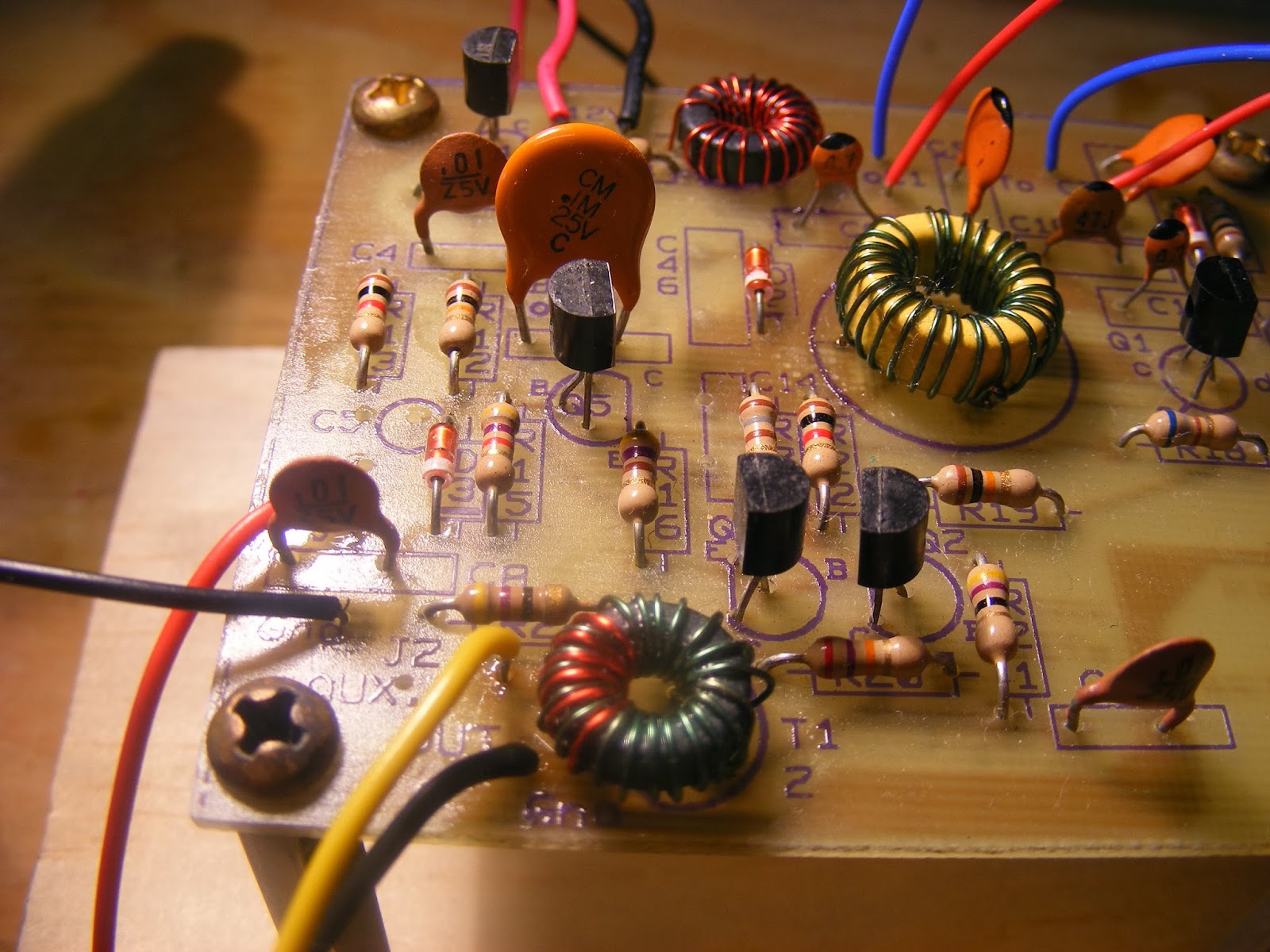 Here is the first problem area I encountered. D1 is the diode next to the 1 megohm R17. Careful inspection will reveal that the little bastage was wired in backwards. See the diode cathode band on the North side of the PCB while the actual component's cathode band is facing South. If you look closely, you can see the silk screened diode band peekign up fromt he gold tolerance band on the 1 megohm resistor. 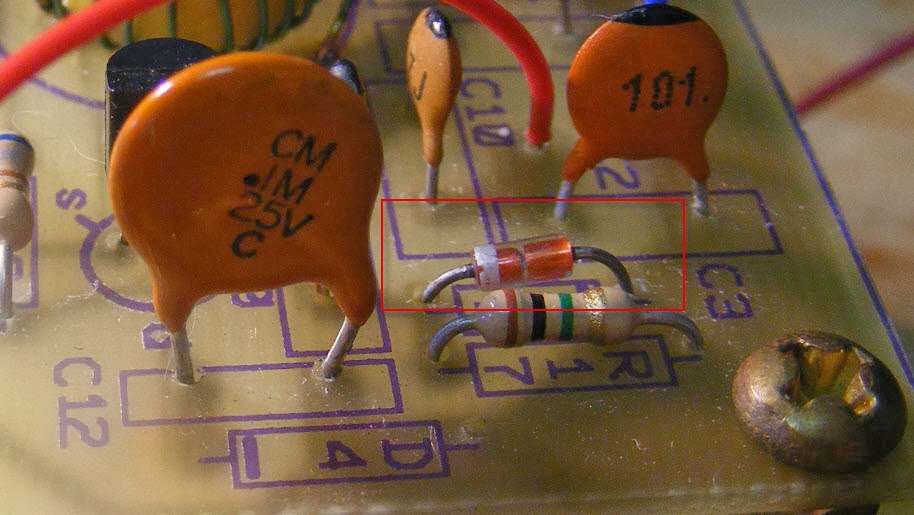 I reversed the diode and got nothing radically changed, so I trucked on. Basically, there are two points of curiosity in debugging this board: What actually does one short to test the board (key versus "spot" switch?) I voted for the key jack. This is sort of outlined below in the picture. 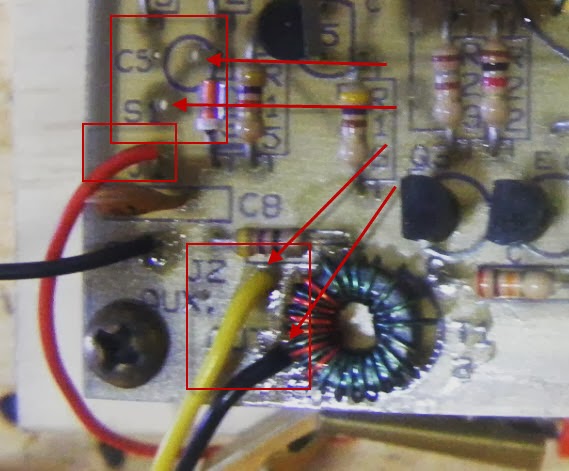 And one final mystery remains. How are the holes below populated? They are marked as C46 and C14. The latter is easy enough to dispose of as the circuit indicates it to be a 0.01 uFd cap. However I am all at sea when it comes to C46. It is not called out in the schematic so far as I can see and yet it is strapped across to D2 to ground. I suspect it is a 0.01 uFd as well but will check with Alan and the QRP Tech Yahoo crew for their opinions and insights. 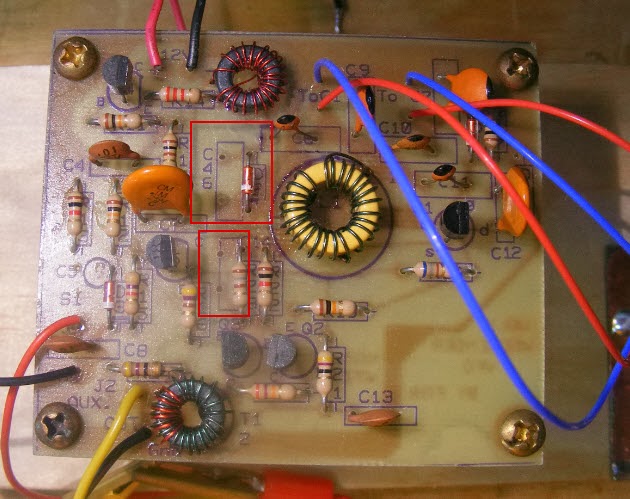 Here are the voltages I measured: 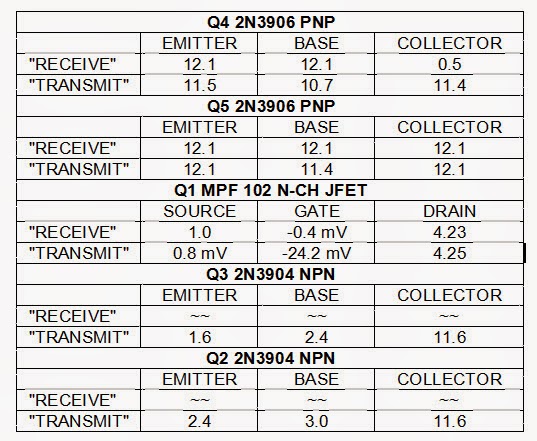 Resuming the Resumption of the Ugly Weekender..Part Deux

Well, unfortunately a spot of work and other responsibilities had gotten in my way (reviving an HTX-100, helping out with the restoration of the LBYC ARC station, CAP, etc.) but finally this little beast has re-emerged on the work bench and I mean to put the coal to it and push on through to the end -- and all that. Below are some catch-up photos. Sorry for the gauzy-bright appearance. It's a desk lamp I pressed into service to aid my ailing eyes.

Unlike N8WQ's fine effort, mine lacks discipline. I grabbed all of the parts I had and stuffed them into all three boards without any interim testing. Sure hope I do not live to regret it. My reasoning, however, aside from the fact that I wanted to eliminate the possibility of having the cache of ingredients scattered to the four winds and /or cannibalized for some intervening project, was that the three boards were elemental enough. I will hit the VFO first and breathe life into that. Thence to the PA board and thence to the receiver.

The big challenge -- well not a challenge really -- will be to find a suitable, snazzy container for the units. I have not decided on whether to miniaturize it as the original authors or to go full OHR-100/OHR-500 and build a copper-clad box. I am thinking the latter because I am not a back-packer and have an abundance of copper clad material and they can come out quite handsomely if finished correctly.

I think I should need the extra room because I might want to add an internal keyer and an S-/RF-out meter. I also have one of those vernier dials and they need a broader (taller) cabinet face to accommodate them. I'll probably try to make the resulting unit look like my "twins". These are a pair of Dave Benson's SW-## kits (an SW-20 and SW-40) that I built into a couple of very special boxes along with the RIT boards and TIC keyers. Special Boxes, you ask? Well, they were a pair of really nice clam shell boxes that Chuck Adams made with a newly purchased break (brake?) and brought to a Pacificon NorCal convention once many years ago. Here are the radios:

The boxes painted up nicely thanks to the fact that Chuck's work on the metal was his usual "flawless meticulousness". I'll do a another post on all of the pictures I have of these for anyone stopping by. But needless to say, they are among my more treasured collections of QRP kits I have built. And, yes, I know that the SW-40's RIT board is upside down.

As long as I am in full disclaimer mode, let me say I am unapologetic about using the Far boards versus full-on ugly building. You want ugly construction? Let me do it and you'll end up with something looking like the QRP rig that The Elephant Man would use.


Anyway, on to the Ugly Weekender.