After the Gold Rush and the mid-seventies..

The confusion of a private high school in the San Francisco Bay area (football,girls, soccer, track and field, girls, Summers in Massachusetts, and yet more girls) served to relegate my amateur radio endeavors to the back burner. This state of affairs continued on into college at UCLA (and now surfing and yet more girls) and thence to the U. S. Air Force and a grim four years at Strategic Air Command in Bellevue, Nebraska.

Ironically, one of my good friends while in the Air Force was Captain Don McMinds who held WA0LGS at the time, I believe. (He is now K7DM and lives in Ocean Shores, Washington) But even Don's ardor for amateur radio could rouse me from the dreariness that was Nebraska so I spent four years in a location where I could have had an awesome antenna and a robust ham station and the wherewithal and time to operate some righteous DX.

It was pretty much the theme for me around that time: I eschewed opportunities to develop my running (I was to become a marathoner in the late Seventies), my cycling (a bicycle racer in the Nineties), and various other things, ham radio among them. Pretty much spent those years feeling sorry for myself.

That said, I returned to Southern California and began the desultory prospect of wresting my daily crust maintaining civilian software systems. Let's face it, deriving war plans and telling B-52s where they should deliver their megaton gift packages relegates accounts receivable and payroll programs a distant second.

Largely by dint of an argumentative conversation with some young German double-E asshole at a cocktail party, I got this chip on my shoulder. I was bragging about a Nordmende short wave radio I had just acquired and tried to one-up the kraut prick by telling him I was once a ham radio operator and wanted to show him up so, the next day, I set out to revive my amateur radio adventures. Discovering that the local JC offered a course, I enrolled at Orange Coast College and and acquired WN6EPZ -- a two-year, non-renewable Novice ticket. 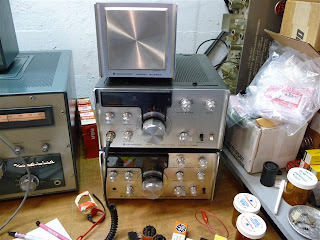 My dad then presented me with a nice, shiny Kenwood R-599. It was actually one of two he bought at the old Henry Radio store in Anaheim. Seems he got a discount deal on the pair. When the ticket came (we waited for them in the mail in those days), I went up to the other Henry store (in Santa Monica) and, with the help of a very nice salesman, I scored the receiver's mate and thus ended up with my twins. Somewhere, I managed to scare up an S-599 speaker as well. The picture at the left is NOT my station, but it's close.

These along with a Hustler 4BTV served my purposes during the two years as a Novice and I worked a lot of CW on 40 and 80 meters. My memories stray to one early rainy morning session where I worked Virginia, Washington state, Hawaii, and Antarctica consecutively! Talk about a demonstration of how omnidirectional verticals are!

Sadly my license expired and, owing to a move to another nearby residence to accommodate my second son's birth and my upwardly mobile income, I did not devote time and effort to move on to a General class ticket. However, in 1978, when asked by a client to babysit a software system I had just installed in their factory, I took advantage of the opportunity. They said they didn't care what I did -- I could even bring in Playboy and read it all week if I wanted to -- as long as I was immediately available. So, doing the next best thing, I brought in the ARRL license manual, studied all week and, when they gave the Friday morning off, I went down to the FCC office and sat for the Novice/General combination (75 questions) and scraped by the 13-WPM code test by the skin of my teeth.

Remembering the advice of my JC course ham instructor, I also sat for the Advanced license: same code test (already passed) and 50% more HF spectrum. When the FCC examiner said I missed thirteen questions (out of fifty) I was crestfallen -- until he reminded me that was a passing grade. Walked out of the office on a cloud and resolved to come back a year later and take the Extra. (It was actually almost two decades later that I did so.)

The really cool thing about an Advanced Class license in those days was that it earned one of those sexy 2x2 call signs. So, three weeks later, when my ticket arrived pronouncing me as KB6HK, I jumped on 20 meters CW with the twins and worked a few Qs. It was amazing to have a wall of folks come back to you thinking that you were on Baker or Howland Island. When I gave out my QTH as Huntington Beach, California, the traffic faded away like dew in the morning sun.

Somewhere along the line, I wanted to have everything "in one box" and dealt away the twins for a brand new Kenwood TS-520S and started working a lot of 80 and 20 meter phone. All in all, I loved the 520 from the day I bought it. It was one of the first times that I actually took my (then) younger son, Erich, along with me. He was about three years old and heretofore had only ridden with either his mom or the both of us. But this time it was just dad and son and the only downside to that was that he was a little young to understand the thrill of picking shopping for ham radio equipment. When we got to the store, however, I made sure Erich had a lot of time to press the buttons and play with the toys. (Strictly supervised, of course.) To hear him tell it today, he liked the adventure.

Also, the neatest thing about the 520 was that I could port it downstairs, set it up on the patio, drive a post into the grass and use a piece of 11-foot EMT conduit as a 15 meter vertical. I managed to work all over the Pacific those lazy Sunday afternoons -- Australia, New Zealand, and Japan.

(It was about this time that I also got into VHF FM -- brand new to us back in the late 70s -- and will chronicle the great VHF and UHF rigs I owned/built in a separate post.)

I remarked to a friend on a Yahoo Group the other day that, in reality, two of my fondest wishes would be to have (1) sufficient wealth to purchase and keep all of the radios I bought over the course of my amateur radio years and (2) to have a shack big enough to stable them all.

Let's face it, we may not be geniuses but we ain't that stupid either. Like me, certain sure you have hauled in some real dogs from a swap meet and, after twiddling the dials and putting out a few calls, you realize that, while your little treasure works just fine, it ain't making it into your rig hall of fame.

I thought I'd make an entry here and post some of the goodies I have owned and some of the dogs as well. Consider it a work in progress and a labor of love. Here we go.

Where to start? Well, some radios in my past put an emotional tug on the heart strings. The melancholy is intertwined with the richness and promise of my (relative) youth, my two sons, and the circumstances in which I was forced to part with them. (The radios, not my sons.)

I was first licensed in 1961 as a Novice (one-year, not renewable) and received the call sign WV6KJK. (Wholly unmemorable; definitely not a keeper.) I still have that shred of paper -- hand signed by C. B. Plummer -- along with other fragments of that pre-high-school period including my Vibroplex bug and some no-so-fond memories of my Heathkit DX-40 and Hallicrafters S-38E receiver. I also built up a Heath VF-1 but never used it because we were required to be crystal controlled. I remember my crystal crystal 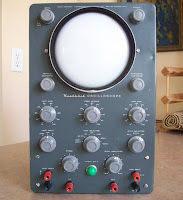 
But nothing in that setup tugged at my heartstrings and I worked no memorable DX (unless you consider Castro Valley from Woodside, California. And, I want to go on record as saying that the Hallicrafters was THE WORST receiver a young, aspiring ham could have.


About the only thing that can be said about that era was my dad's generosity: he bought

me the receiver and the DX-40 which came as a kit, so I built my own. In fact, dad (at that time a former ham) also sprung for the VF-1 kit, a Heath O-Scope and signal generator kits.

As desultory as my ham radio efforts int those days were, my father's kindness planted the hook firmly. After high school, college, and the U. S. Air Force, I was destined to return with a vengeance. 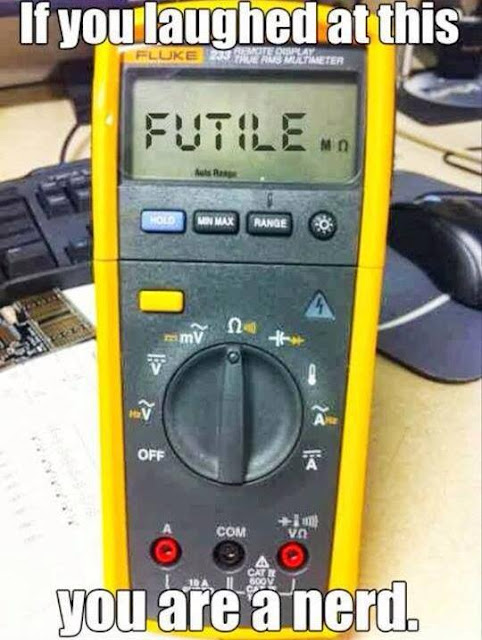